I’m happy to share with you today an interview with me by Michael Delaware for his podcast “Tales of Southwest Michigan.” Many Victory ships built during World War II were named after cities, including the city of Battle Creek, Michigan. The Battle Creek Regional History Museum  was recently given the bell and wheel of the SS Battle Creek Victory.  This ship was one of many Victory ships used by the United Nations Relief and Rehabilitation Administration for transporting livestock to Europe after the war to help devastated countries rebuild. Michael found a photo of the ship that I had posted on my seagoing cowboys blog and contacted me for more information. He invited me to be a guest on his podcast. Here’s the link. Enjoy! 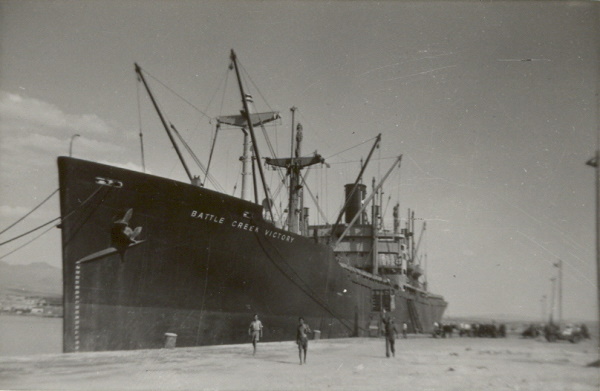 Stories from the S.S. Mount Whitney – August 1946: A volatile time to be in Gdansk